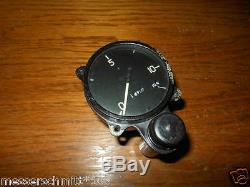 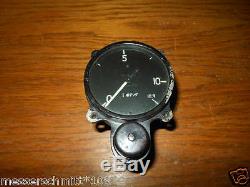 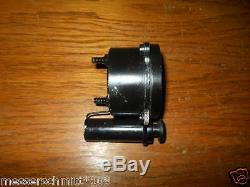 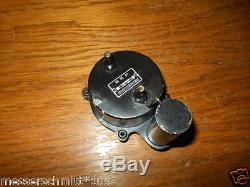 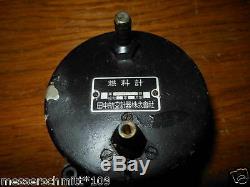 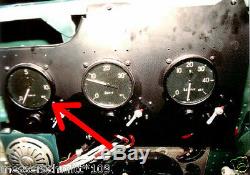 Nakajima J1N1 Gekko ("Moonlight") was a twin-engine aircraft used by the Japanese. Imperial Navy during World War II and was used for reconnaissance, night fighter, and kamikaze missions. The first flight took place in May 1941.

It was given the Allied reporting name "Irving", since the earlier reconnaissance version the J1N1-C, was mistaken for a fighter. This instrument measured the Fuel Quantity, and was located on the main instrument panel.

It still retains 95% of it's original finish and appears to be 100% functional! All dials and knobs move correctly.

The original data plate is still attached and appears to be a mid-war Type 4. The dial still glows when UV light is applied! The I have indicated it's location in the last photos. Like most Japanese instruments, this gauge is VERY RARE and would be a FANTASTIC addition to any Japanese Instrument Collection. Most of my items are vintage, and as such are AS-IS, so you must therefore expect a degree of wear due to age and/or usage.

Use is solely based on my authorization only. The item "WW2 Imperial Japanese Navy Fighter Fuel Gauge J1N1 Gekko Irving RARE" is in sale since Sunday, December 8, 2019. This item is in the category "Collectibles\Militaria\WW II (1939-45)\Original Period Items\Japan\Other Japanese WWII Orig Items". The seller is "messerschmitt*109" and is located in Malibu, California. This item can be shipped worldwide.