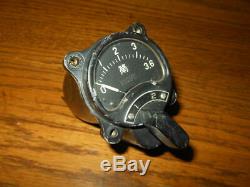 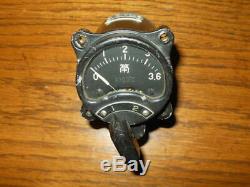 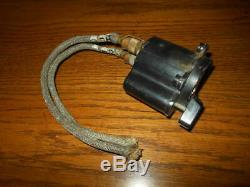 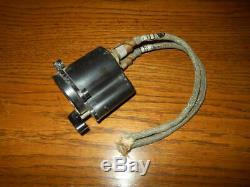 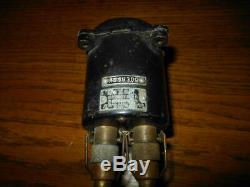 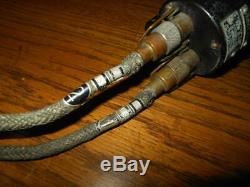 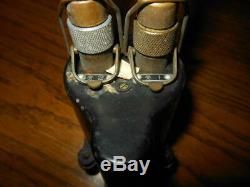 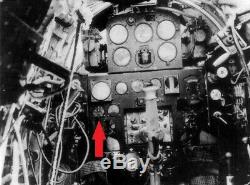 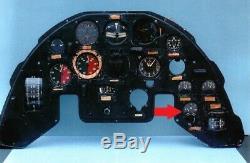 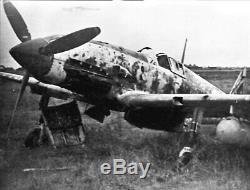 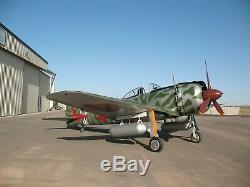 Made of brass, aluminum, and steel by Nissin Denki Kabushikigaisya, this instrument is of early/mid-war manufacture. It was recovered from a downed Japanese aircraft during the war.

It still retains 90% of it's original finish, and features an Aluminum Data plate, indicating the model type, production number, production Year, and Manufacture (though hard to read). There are some slight marks and scratches due to the age, but nothing that takes away from the overall appearance.

The dial still glows when UV light is applied, and the switch functions perfectly. The AMAZING feature is that it still retains BOTH original connection lines!

Like most Japanese instruments, this gauge is VERY rare and would be a FANTASTIC addition to any Japanese Instrument Collection. Most of my items are vintage, and as such are AS-IS, so you must therefore expect a degree of wear due to age and/or usage. Although my passion is the Me109, I do offer many other German Aircraft Fw190, Me262, etc.

This item is in the category "Collectibles\Militaria\WW II (1939-45)\Original Period Items\Japan\Other Japanese WWII Orig Items". The seller is "messerschmitt*109" and is located in Malibu, California. This item can be shipped worldwide.