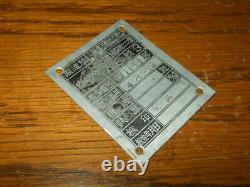 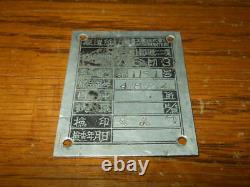 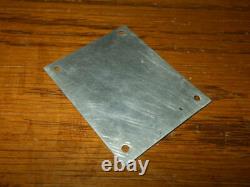 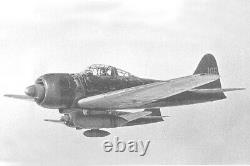 The Mitsubishi A6M "Zero" was a long-range carrier-based fighter aircraft formerly manufactured by Mitsubishi Aircraft Company, a part of Mitsubishi Heavy Industries, and operated by the Imperial Japanese Navy from 1940 to 1945. The A6M was designated as the Mitsubishi Navy Type 0 carrier fighter.

Rei-shiki-kanj-sentki, or the Mitsubishi A6M Rei-sen. The A6M was usually referred to by its pilots as the Reisen. Zero fighter, "0" being the last digit of the imperial year 2600 (1940) when it entered service with the Imperial Navy.

The official Allied reporting name was "Zeke", although the name "Zero" (from Type 0) was used colloquially by the Allies as well. In order to correct the deficiencies of the Model 32, a new version with folding wingtips and redesigned wing was introduced. The fuel tanks were moved to the outer wings, fuel lines for a 330 l (87 US gal) drop tank were installed under each wing and the internal fuel capacity was increased to 570 l (150 US gal). More importantly, it regained its capabilities for long operating ranges, similar to the previous A6M2 Model 21, which was vastly shortened by the Model 32. However, before the new design type was accepted formally by the Navy, the A6M3 Model 22 already stood ready for service in December 1942.

Approximately 560 aircraft of the new type had been produced in the meantime by Mitsubishi Jukogyo K. According to a theory, the very late production Model 22 might have had wings similar to the shortened, rounded-tip wing of the Model 52.

One plane of such arrangement was photographed at Lakunai Airfield ("Rabaul East") in the second half of 1943, and has been published widely in a number of Japanese books. While the engine cowling is the same of previous Model 32 and 22, the theory proposes that the plane is an early production Model 52.

Made of aluminum, this data plate is in EXCELLENT condition. Removed from an aircraft by a US Veteran, it features some marks and scratches, but it is VERY solid otherwise! Type Zero Carrier Fighter Model 22.

Most likely removed from the Wing or Landing Flap, all markings are VERY clear and legible. Would make a SUPERB addition to any collection or display! Most of my items are vintage, and as such are AS-IS, so you must therefore expect a degree of wear due to age and/or usage. Although my passion is the Me109, I do offer many other German Aircraft Fw190, Me262, etc.

, as well as USAF and Japanese items. Occasionally I do offer many non-vintage items such as prints and art relating to the time period.

Use is solely based on my authorization only. The item "WW II Imperial Japanese Navy Aircraft MAIN DATA PLATE A6M3 Model 22 ZERO" is in sale since Saturday, August 28, 2021.

This item is in the category "Collectibles\Militaria\WW II (1939-45)\Original Period Items\Japan\Other Japanese WWII Orig Items". The seller is "messerschmitt_109" and is located in Malibu, California. This item can be shipped worldwide.