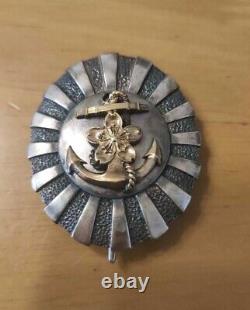 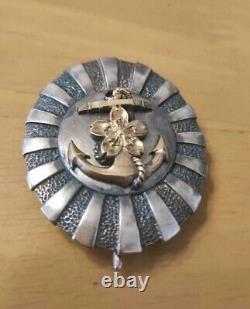 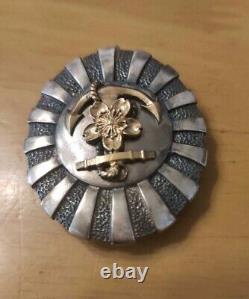 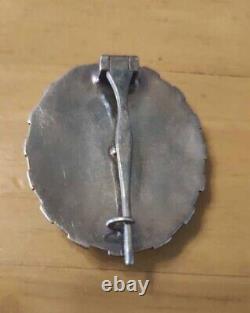 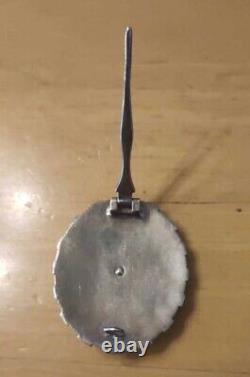 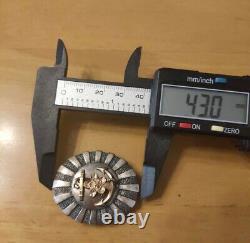 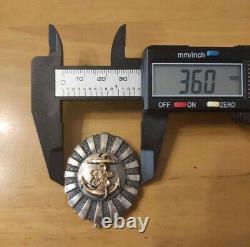 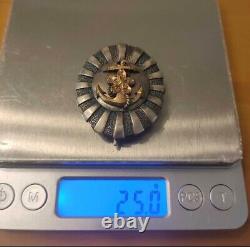 This is an item from the Naval War College Graduation Insignia. Measuring 36mm in width and 43mm in length, and weighing 25g, it is a genuine item and guaranteed authentic! The Naval War College was created to train officers, with high hurdles in terms of entrance qualifications, as shown below, and only about 10 to 30 students were admitted each year at most, and the number of graduates was less than half of that number. Unfortunately, there is no box, but it is a very valuable item.

The Naval Academy was opened in the Cadet Hall of the former Naval Academy in Tsukiji, Tokyo from the first class of the A class in 1888 to the 39th class of the A class that graduated in 1944. On September 1 of the same year, classes began in the new school building. The new Kai University was a large facility with a school building called the "Government Building" as its center, a military training area, and a scientific experiment area. The "Class A" course, which trained high-level naval officers, was offered to graduates of the Naval Academy who had been commissioned as naval officers (military officers) and had about 10 years of work experience.

The basic qualification for the examination was that the applicant had to be a lieutenant or major, a mid-level officer who had been educated at a military academy. Most of the applicants were graduates of the Naval Academy, but those with lower ranks were also able to enter the Academy depending on their own efforts. The number of applicants was around 10 to 20, and this number was increased to 30 when the Manchurian Incident broke out. Later, with the outbreak of the Second Sino-Japanese War, some years did not accept students.

In addition to the "Class A Students, " there were also "Institutional Science Students, " "Elective Students, " and other courses. This item is in the category "Collectibles\Militaria\WW II (1939-45)\Original Period Items\Japan\Other Japanese WWII Orig Items". The seller is "no_spe-94" and is located in this country: JP. This item can be shipped worldwide.