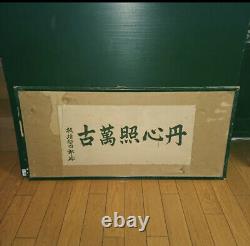 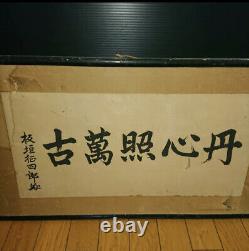 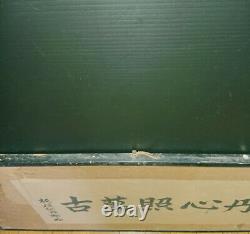 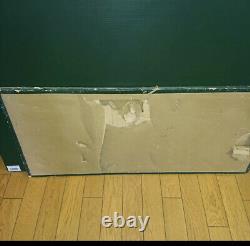 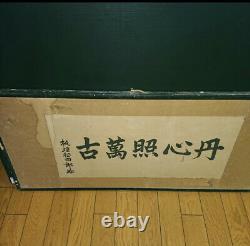 My grandmother was told that Seishiro Itagaki himself wrote the letter. It contains the words meaning that the sincerity of loyalty will always shine brightly.

General Seishiro Ittaki, from the warehouse, valuable, front side is solid, but the back side is a little torn. Seishiro Itagaki was a Japanese army soldier. His final rank was General of the Army. His honors include the 3rd rank, 1st class, and 2nd class of the Order of Merit. He served as Chief Advisor to the Manchukuo Military Government, Chief of Staff of the Kwantung Army, and Minister of War. As a high-ranking staff officer of the Kwantung Army, he and Kanji Ishihara decided the Manchurian Incident and served as the Commander of the 7th Area Army during World War II. After the war, he was sentenced to death as a class A war criminal at the International Military Tribunal for the Far East and executed. It is expected to take more than a month to arrive. This item is in the category "Collectibles\Militaria\WW II (1939-45)\Original Period Items\Japan\Other Japanese WWII Orig Items". The seller is "no_spe-94" and is located in this country: JP. This item can be shipped worldwide.