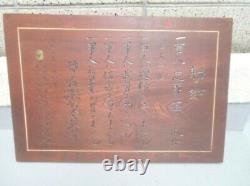 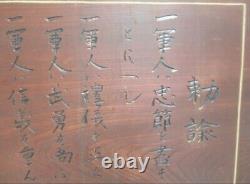 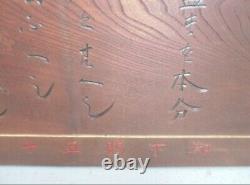 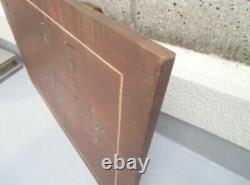 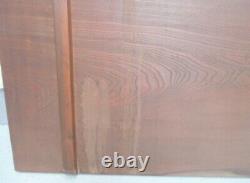 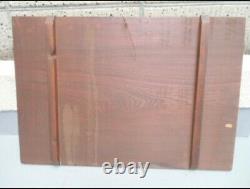 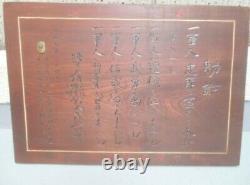 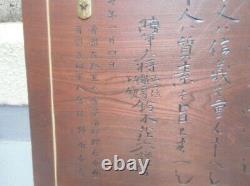 The rules of the military were announced by the Emperor of Japan in 1882. These are rules that all soldiers must abide by, such as the Emperor holding the supreme command.

It is considered so precious to the Japanese people that a sign like this was made in 1932, just before World War II, to commemorate the 50th anniversary. This sign was dedicated to the shrine. It measures approximately 60 cm in length, 85 cm in width, and 2 cm in thickness, and weighs approximately 5 kg.

It is a single piece of zelkova wood with a military imperial edict carved on it. It also has the inscription of "Imperial Japanese Legionnaires' Association, Sennan County United Branch" and the inscription of General Suzuki Soroku, a general of the army, engraved on it. There are some stains, scuffs, scratches, etc. Due to long term storage. This item is part of a collection.

This item is in the category "Collectibles\Militaria\WW II (1939-45)\Original Period Items\Japan\Other Japanese WWII Orig Items". The seller is "no_spe-94" and is located in this country: JP. This item can be shipped worldwide.