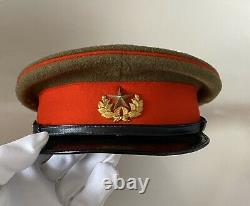 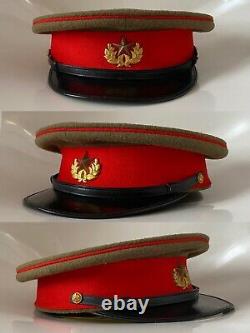 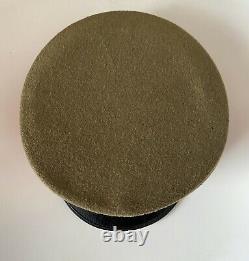 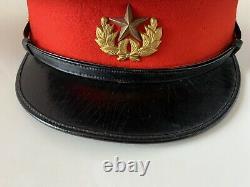 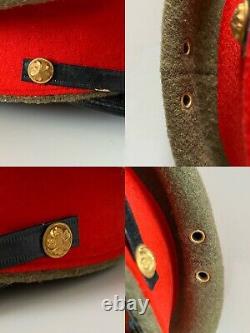 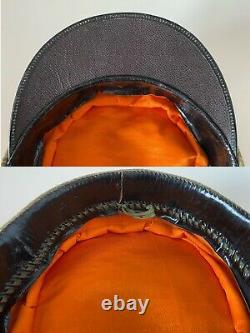 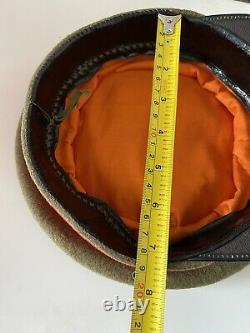 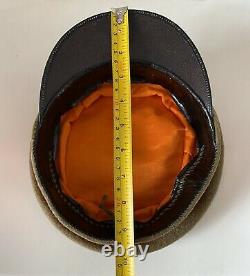 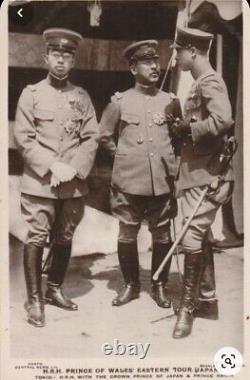 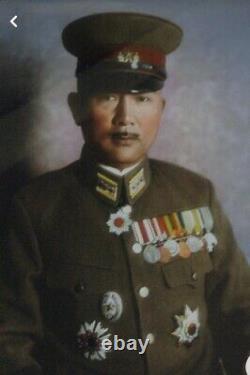 The listing is a uniform hat issued to officers serving in Royal Guard Division of Imperial Japanese Army. It has the wreath of cherry leaves circling the star insignia, which distinguishes it from all other army units.

This is an original period item. The hat is in beautiful condition; however, it is a vintage article of more than 80 years, please expect general aging process over that amount of time. The metal parts are still clean and shiny. The visor, chinstraps and sweatband are untouched (not repainted or reworked).

The linings are intact and clean. There are some velvet loss and moth tracking on the wool. Please see pictures for condition and details. Emperor Hirohito once served as an officer in Royal Guard Division before coronation, he wore the same type of the visor peaked cap as the one in this listing.

There were many variants of peaked visor hats with deviations in crown height, red band width, and visor angel that were named as Russo or Czech types. The style of this hat is in the original format that the Emperor always adhered to.

Personally havent seen him wearing any variants in his pictures. Tadamichi Kuribayashi was the commander of the Royal Guard Division before he was transferred to defending Iwo Jima. There were only 3 Royal Guard divisions out of 355 army divisions that were formed before the end of World War Two.

Hence, the chance to encounter a cap issued to Royal Guard vs other divisions is somewhere around 1-50. Dont miss out the opportunity to add this rare piece in excellent condition to your collection! Stored in a smoke and pet free environment. The item "Original WW2 IJA Imperial Japanese Army Officer Uniform Peaked Visor Hat Cap" is in sale since Tuesday, March 23, 2021. This item is in the category "Collectibles\Militaria\WW II (1939-45)\Original Period Items\Japan\Hats & Helmets".

The seller is "ddavidsbyang" and is located in Richmond, British Columbia. This item can be shipped to Canada, United States.