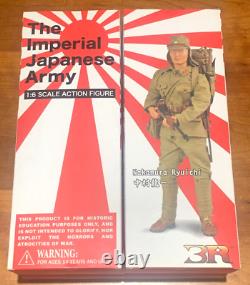 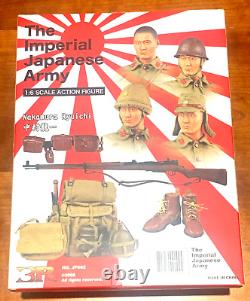 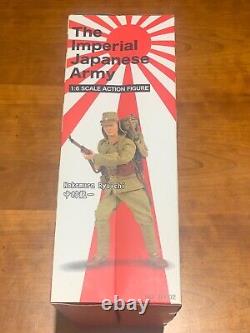 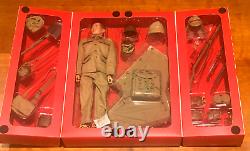 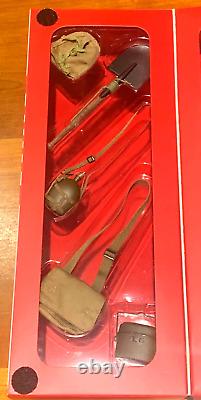 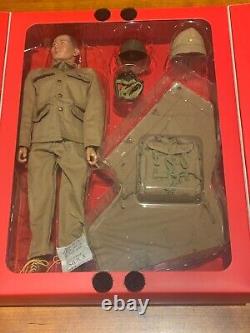 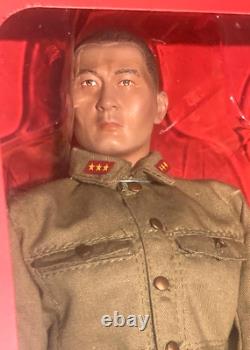 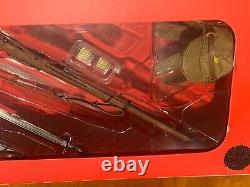 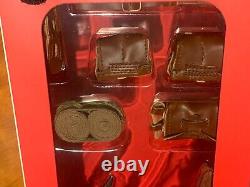 3R 1/6 Scale Action Figure Set - 2008. With Many Detailed, Realistic Accessories. 3R is renowned for creating realistic figures with highly realistic uniforms. Is for historic educational purposes only, and is not intended to glorify, nor exploit the horrors and atrocities of war. The Imperial Japanese Army (IJA) was the official ground based armed force of Imperial Japan from 1867 to 1945. It was controlled by the Imperial Army General Staff Office and the Ministry of War, both were subordinate to the emperor as supreme commander of the army and the navy.

In 1941, the Imperial Japanese Army had 51 divisions and various special-purpose artillery, cavalry, anti-aircraft and armored units with a total of 1,700,000 men. At the beginning of the Second World War most of the Japanese Army was stationed in China. However, from 1942 soldiers were sent to Hong Kong (23rd Army), the Philippines (14th Army), Thailand (15th Army), Burma (15th Army), Dutch East Indies (16th Army) and Malaya (25th Army). The Japanese Army performed well in the early stages of the war. After 1943 they suffered from a shortage of supplies, to include heavy weapons, guns, tanks and aircraft, and was worsened by a long-standing and severe rivalry with the Imperial Japanese Navy.

By 1945 there were 5.5 million men in the Imperial Japanese Army. After the defeat of Japan in World War II, the Imperial Japanese Army was formally dissolved in September 1945 by the U. Item is brand new and has never been opened. It is highly detailed and comes with a many realistic accessories, i. 1/6 Scale Poseable Body with Realistic Male Japanese. Authentically Detailed Combat Uniform with. Brown Leather-like Belt, Pouches and Boots.