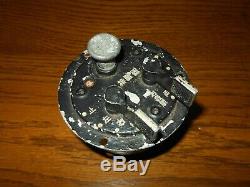 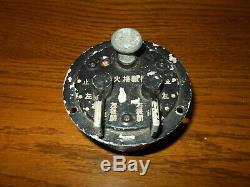 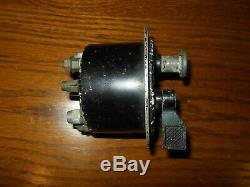 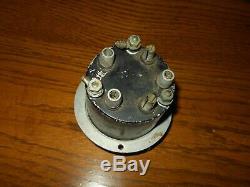 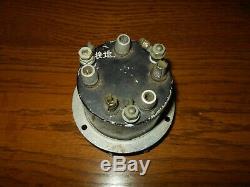 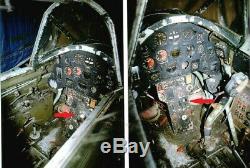 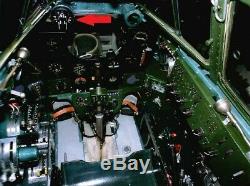 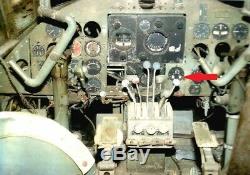 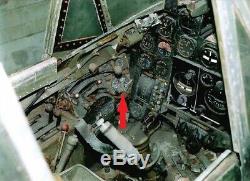 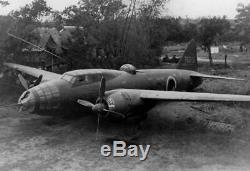 This was used on all 2-engine Fighters and Bombers throughout the war, such as the J1N, G4M, G3M, Ki-45, P1Y, Ki-21, and others! It was the main ignition switch which engaged the magneto for engine start-up, and was located on the instrument panel or side console. Made of aluminum and steel, this instrument is in SUPERB used condition!! Removed from a downed Japanese aircraft by a US Serviceman during the war, it still retains 90% of it's original paint and finish!

This is some slight paint loss as you can see in photos, however it is still FULLY FUNCTIONAL!! All switches an knobs work as they should, and the original connections remain at the reverse. This type was used by both the Navy and Army aircraft. I have indicated it's location in the last photos. This is the only one I have seen in the last 20 years, making it EXCEEDINGLY RARE!

Like most Japanese instruments, this gauge is VERY RARE and would be a FANTASTIC addition to any collection or display! Most of my items are vintage, and as such are AS-IS, so you must therefore expect a degree of wear due to age and/or usage.

Use is solely based on my authorization only. The item "WW2 Imperial Japanese Navy / Army ENGINE MAGNETO SWITCH J1N Ki45 G4M RARE" is in sale since Sunday, January 12, 2020. This item is in the category "Collectibles\Militaria\WW II (1939-45)\Original Period Items\Japan\Other Japanese WWII Orig Items". The seller is "messerschmitt*109" and is located in Studio City, California. This item can be shipped worldwide.