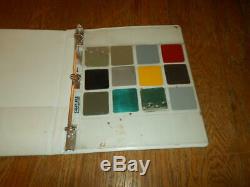 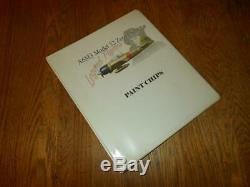 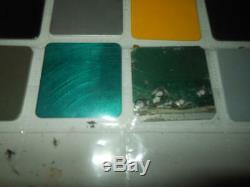 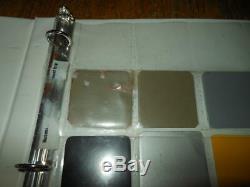 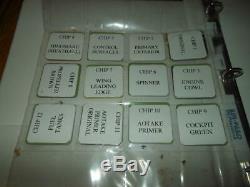 Included in this set are TWO original sections that were recovered during restoration of A6M3. Model 32, Serial number 3148! Built by Mitsubishi on September 16, 1942 as the 148th A6M3 Model 32 built. Assigned to the Imperial Japanese Navy (IJN).

She had tail code S-112 and operated in the Marshall Islands. On December 1, 1942 the Chitose Kokutai was redesignated as the 201 Kokutai and operated in the Marshall Islands until July 1943. During July 1943, assigned to the 252 Kokutai with tail code Y2-128. During September 1943, the unit's tail prefix was changed to "52" and the tail code was changed to 52-130. Operating out of Taroa Airfield, she was abandoned at war's end until 1991, when John Sterling recovered her along with various other aircraft.

She is currently under restoration. Made of lightweight aluminum, these 100% HISTORICALLY ACCURATE Japanese Zero Paint Chips are in AMAZING condition, and retains 99% of it's original paint!

Though they do feature some marks and wear due to the age, all colors are VERY BRIGHT! As mentioned, TWO of the colors (the Aotake Green Primer, and the Main Exterior Color) are 100% ORIGINAL, and original from A6M3 Serial Number 3148, which is currently under restoration! Riginal aircraft skin is size is EXTREMELY rare as it usually burned up or rotted away over time. A one-of-a-kind item which would make an FANTASTIC addition to any collection or display!

Most of my items are vintage, and as such are AS-IS, so you must therefore expect a degree of wear due to age and/or usage. Although my passion is the Me109, I do offer many other German Aircraft Fw190, Me262, etc. , as well as USAF and Japanese items. Occasionally I do offer many non-vintage items such as prints and art relating to the time period. Use is solely based on my authorization only.

The seller is "messerschmitt*109" and is located in Agoura Hills, California. This item can be shipped worldwide.