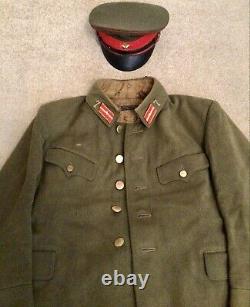 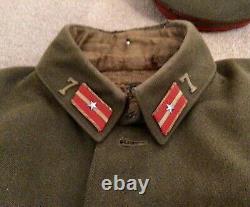 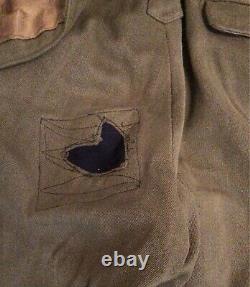 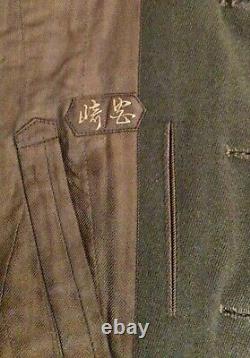 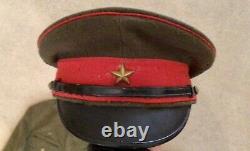 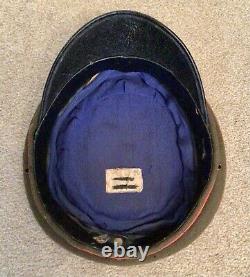 A WW2 Imperial Japanese Army officers Type 98 uniform. The Type 98 uniform was introduced in 1938 to replace the earlier Type 5 from 1930. This example belonged to a 2nd Lieutenant Yasuzaki of the 7th Infantry Regiment. The field worn example consists of tunic, breeches and service cap. Both the tunic and breeches have the original buttons and fixings. Both items have wear and field usage from the war, the breeches have 2 field repairs. The cap is complete and has some moth holes on the red felt band, mostly behind the leather chinstrap. The chinstrap is secured with cherry blossom buttons. During WW2 the 7th Infantry Regiment served in Manchuria from 1940 to 1943 and from 1943 the regiment was sent to Okinawa.

A good complete field worn example. The item "WW2 Imperial Japanese Army Officers Uniform" is in sale since Thursday, February 11, 2021. This item is in the category "Collectables\Militaria\World War II (1939-1945)\Uniforms".