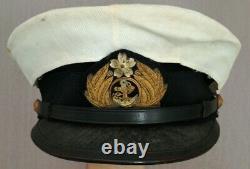 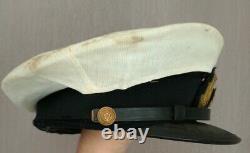 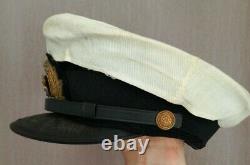 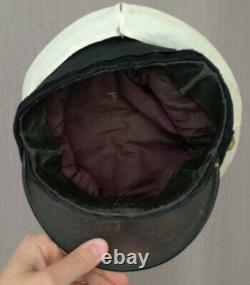 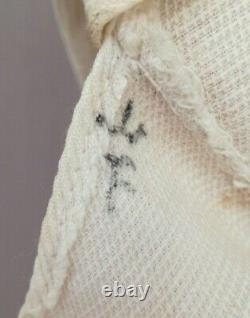 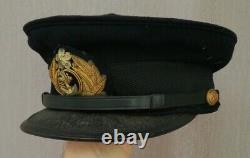 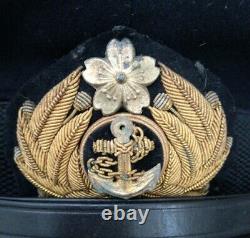 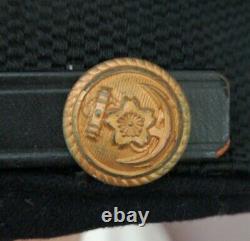 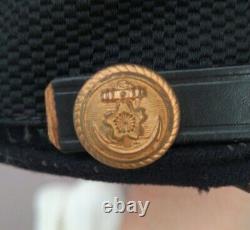 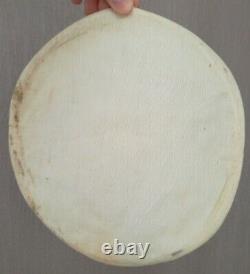 On sale is a very nice WW2 Era Named Japanese Navy Officers Visor Cap with White Cover, used by the Imperial Japanese Navy. This cap is in good condition and is complete. The cap badge looks to have been re-attached at some point but it is firmly attached to the front with a minor bit of age corrosion to the anchor. Otherwise it'svall good and original.

The name inside is embroidered in gold thread and reads as Yamashita. The name is also written in black ink on the cover art the back. There is some age wear and moth damage to the outside and the inner lining and also the usual wear to the vinyl visor and sweat band, which is common for all Japanese military headwear of the era. A great example of this hat for a collector. The item "WW2 Era Named Japanese Navy Officers Visor Cap with White Cover Imperial Japan" is in sale since Saturday, July 3, 2021.