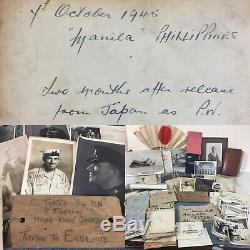 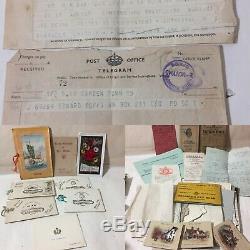 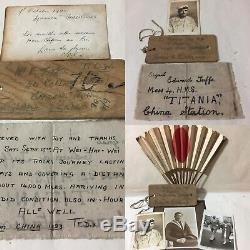 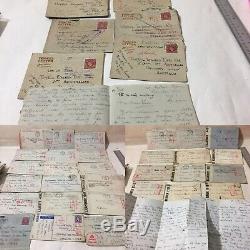 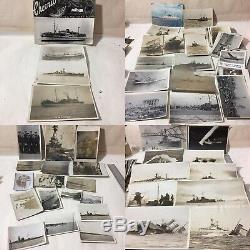 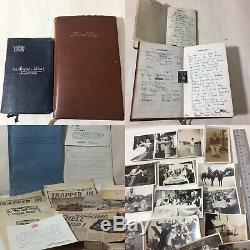 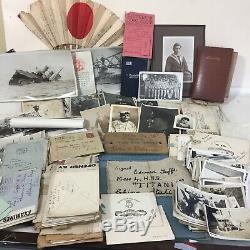 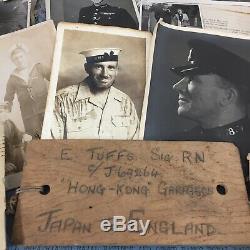 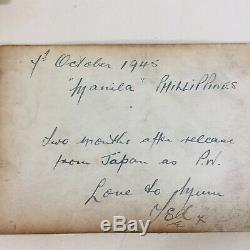 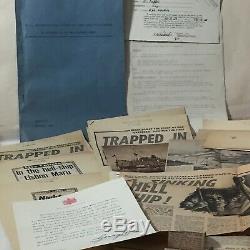 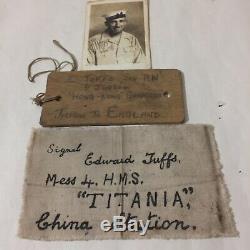 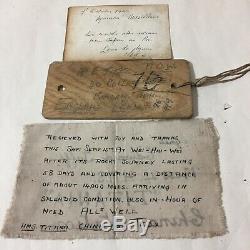 This is a superb collection relating to one Royal Navy Signalman Edward Tuffs J69264. As far as I can see he joined the RN in 1919. Serving on several ships, I believe there are photos of these within the archive. He then may have left service but received a telegram calling him up again in 1939 this is in the collection. Of the 100+ photos many show Tuffs, on his own and with other crew.

Also many photos of crew, local people, ships, family and some from after his RN service. Letters from his family sent to him when in the prisoner of War camp in Shanghai, and further ones when he was repatriated and back in England. Many other documents relating to military and personal life. Please look at the photos clearly I have tried hard to show as much of the archive as I can. It is in good condition for it's age and places that it has been stored.

However, please do not expect pristine new documents and photos. POW letters from home to Shanghai 34 & After repatriation 13. Postcards 40 - mostly photographic. Xmas Cards sent from on board ships 7. Newspaper articles from 1960's - perhaps a subject he was pasionate about.

Bairnsfather Postcards from his Dad x 5 dated 1926. Official War Office instructions on Repatriation. 1951 diary containing his betting records. Grand Tour Journal - North Africa Trip - I'm not sure if this is Tuffs or a relative but its a very full account of a trip in the 1970's.

Please let me know if you want any further info or photos. I have no family background or connection with Signalman Tuffs so can not help with any background information.

This is the only service that allows me to insure this fully. However, if you would rather collect - IN PERSON - not by any courier, please let me know. The item "Royal Navy Japanese WWII POW Memorabilia E Tuffs J69264 1919 1946 100+ Photos" is in sale since Saturday, August 24, 2019. This item is in the category "Collectables\Militaria\World War II (1939-1945)\Photographs".