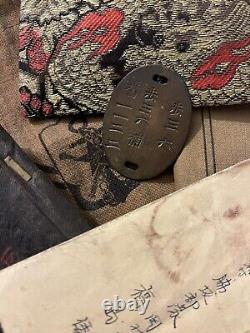 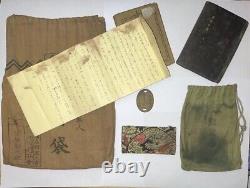 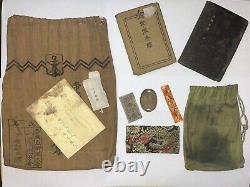 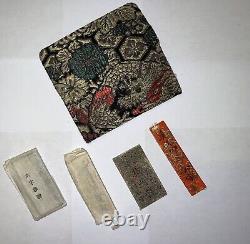 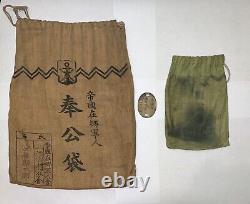 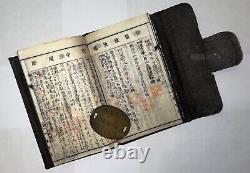 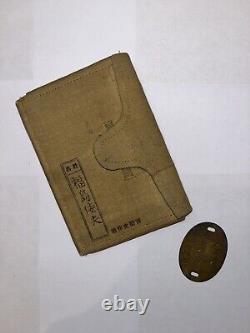 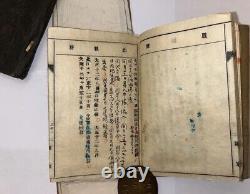 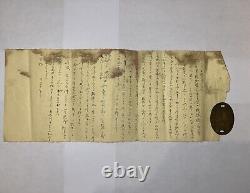 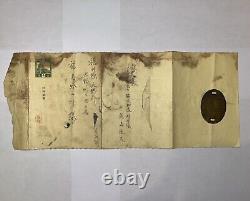 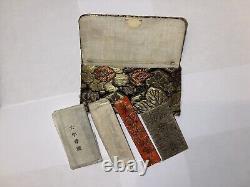 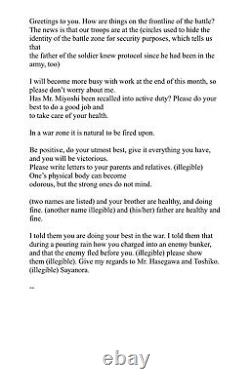 Offered today are the personal effects of Corporal Shizuo Fukushima who died in China in 1937. Born 10/15/1905 in Fukui Prefecture, Shizuo's father was also a veteran from the Meiji Period. Corporal Fukushima enlisted in the IJA on December 10, 1921 and was assigned to 3rd Company, 36th Infantry Regiment, Defense Unit. In 1922 Fukushima graduated from electronic communications school, serving all through the 1920's period, being dispatched multiple times to areas across the empire.

A pouch with embroidered dragon design bearing several small amulets, Corporal Fukushima's Army pay book as well as his fathers, from his service in the Meiji period. Also included in the lot is a letter from Fukushima's father, mentioning a story his son had told him about charging an enemy position and seeing the enemy flee before him. The letter is heavily stained as is one of two comfort bags, which accompanied this grouping.

A beautiful identified grouping that came to me directly from Japan. Printed copies of the translations from a respected member of the collecting community, will be included. Please see the last photo for a translation of the letter. This item is in the category "Collectibles\Militaria\WW II (1939-45)\Original Period Items\Japan\Other Japanese WWII Orig Items". The seller is "beijingbooks" and is located in this country: US. This item can be shipped to United States.