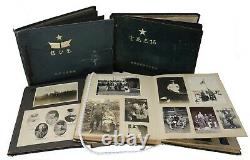 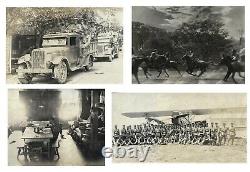 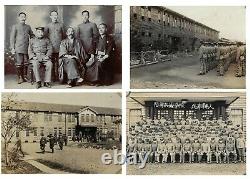 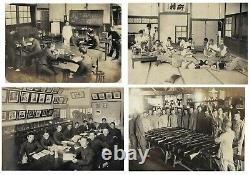 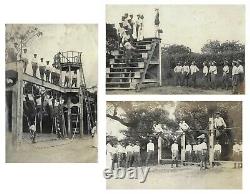 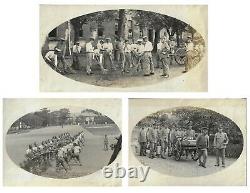 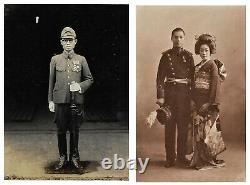 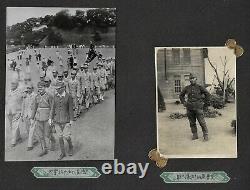 Four Photograph Albums Documenting Training and Service in the Imperial Japanese Army in the Interwar Years. Description: Four photograph albums containing a total of 558 mounted images documenting military training and service in Japan in 1920s and 30s, all in very good condition. Although we acquired these albums together, they appear to have belonged to different people. Most, if not all, were officers.

One album has handwritten captions, the others do not, but do have some group photographs with captions in the negative. Two identity documents are tipped in to one album that, we are told, are for people with the family names Yokoo and Hayashi. During the interwar years, Japanese culture was pervaded by the conviction that a strong military was the solution to most problems, foreign and domestic. The Army enjoyed considerable independence from the civilian government, and various factions within the military played a major role in directing the countrys foreign policy.

As described by historian David Hunter-Chester in The Culture of Military Organizations, (Cambridge, 2019) the Imperial Japanese Armys organizational culture produced tough, proficient, and courageous soldiers. These albums reflect great pride in military service, with numerous images of their subjects in dress uniform (singly and in groups) and engaged in military exercises, including bayonet training, firing machine guns, field and parade drills, physical fitness (ropes course, gymnastics), equestrian training, cleaning and assembly of weapons, and more. There are also images of soldiers in the classroom, at leisure sporting events, sumo, at a public bath, etc.

, and at special events and celebrationsthe latter characterized by an abundance of Japanese and Imperial Army flags. These albums reflect an ethos that was soon to vanish. The military culture of pride in excellence, according to Hunter-Chester, left it unable to deal with military losses; it was a culture that prized reputation over public honesty, ritualized death and placed its own judgment above question. According to its own creed, the [Army] should have done its utmost to protect the state. Instead its soldiers are remembered in Japan and much of the world as beasts. Condition Descriptions Defined: We grade our books and dust jackets using the traditional language of the antiquarian book trade. In brief: Fine is the highest grade and means essentially as new, without visible faults or defects; Near Fine means approaching fine, but with one or more very minor defects or faults, which will be noted; Very Good means the book shows some general (but not too offensive) signs of wear and use, which will be noted; Good means the book is complete and intact, but has more wear or some internal markings. Any ex-library book will be graded no higher than Good, even if it is otherwise a very nice copy. Again, all flaws will be noted. We rarely offer any books in Fair or Poor condition, but if we do, the reasons for the grade will be evident from the photo(s) and description. Please notify us in advance of any return. About us: Walkabout Books is a member of the Antiquarian Booksellers Association of America (ABAA) and the Independent Online Booksellers Association (IOBA). The item "4 Photo Albums Imperial Japanese Army Military Japan Pre-WW II 500+ images" is in sale since Friday, March 5, 2021. This item is in the category "Collectibles\Photographic Images\Vintage & Antique (Pre-1940)\Photo Albums". The seller is "walkaboutbooks" and is located in Curtis, Washington.