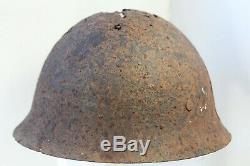 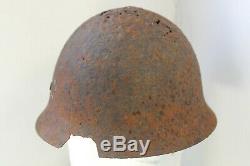 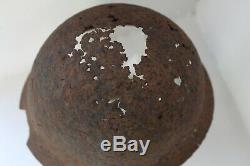 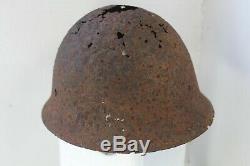 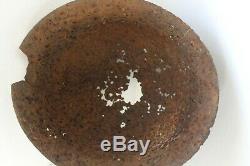 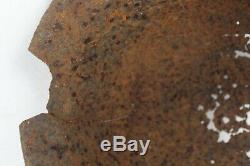 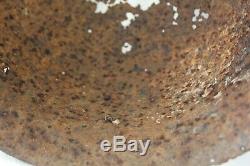 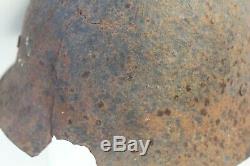 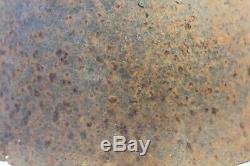 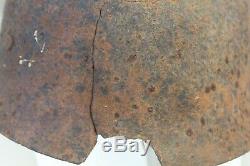 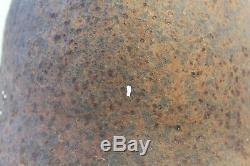 100% Original WW2 Imperial JAPANESE HELMET RELIC FROM THE BATTLE OF GUADALCANAL. Missing Emblem on the front of the helmet, there is the rectangular hole where is would go. Dug up from the Island of Guadalcanal. This Specific helmet is unique because it was brought to the U. S from the island of Guadalcanal. A US Marine while serving bought it from A local villager that would dig up relics of the war and sell them to the Tourist to make a living. This is a great piece of History to add to your collection or as a gift. The Guadalcanal campaign, also known as the Battle of Guadalcanal and codenamed Operation Watchtower by American forces, was a military campaign fought between August 7, 1942 and February 1943 on and around the island Guadalcanal in the pacific theater of World War 2. It was the first major offensive by Allied forces against the Empire of Japan. /Pre-Owned, has have few signs of wear from the war. Please LOOK at PICS FOR DETAILS/CONDITIONS. We take a great pride in our online store, we want to make sure your. Is packaged properly so it get to you safe and sound.

If you have any questions please feel free to message us! Thank you so much for visiting us! The item "100% Original WW2 IMPERIAL JAPANESE HELMET RELIC BATTLE OF GUADALCANAL" is in sale since Thursday, January 23, 2020.

This item is in the category "Collectibles\Militaria\WW II (1939-45)\Original Period Items\Germany\Personal, Field Gear". The seller is "back2ww2" and is located in Sugar Land, Texas. This item can be shipped to United States.