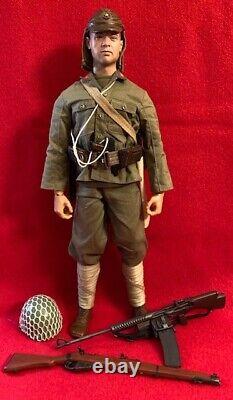 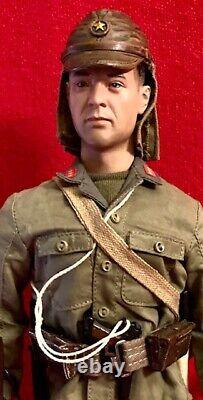 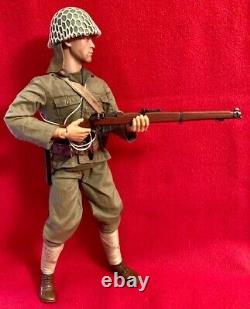 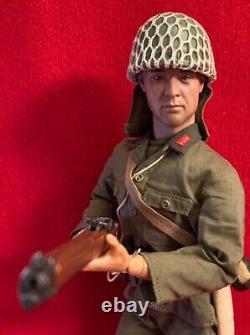 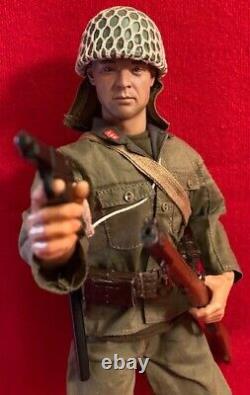 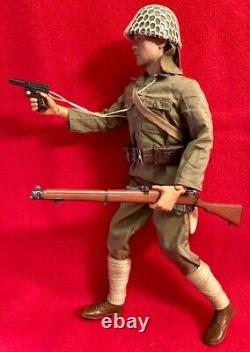 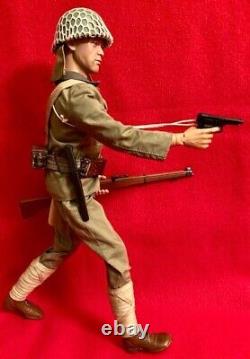 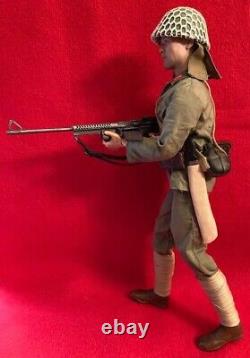 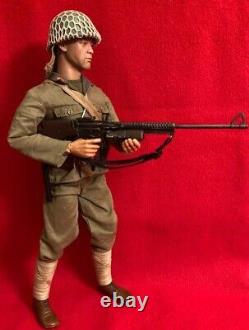 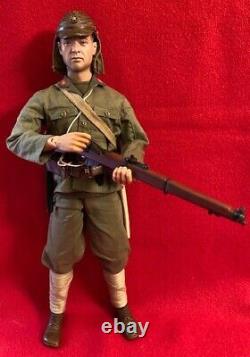 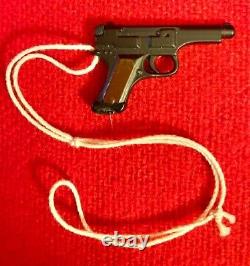 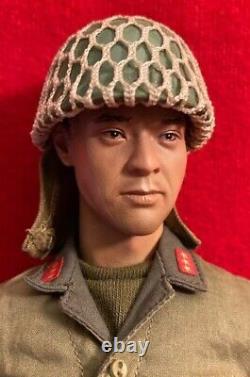 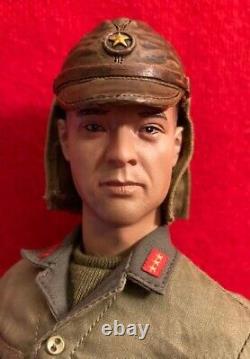 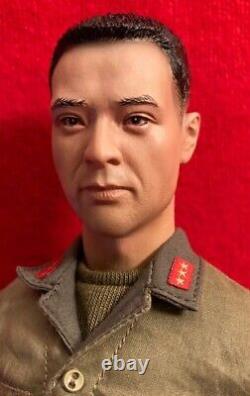 This Customized DID Figure represents a Soldier in the Imperial Japanese Army during World War Two. On some Island in the Pacific this Japanese Soldier had been cut off from the rest of the IJA and had to fend for himself. He managed to obtain a US 1941 Johnson Machine Gun from the US Marines, a US trench knife, and a British Lee Enfield Rifle captured from the Australians. He also took a Type 94 Nambu Pistol off a fallen comrade. This DID Figure wears a IJA Tropical Shirt, Trousers, tee shirt, puttees and laced half boots.

He has an IJA Field Hat and a netted helmet. He comes equipped with a web belt, three ammo pouches, a machete with sheath, and a canteen. He is armed with a captured US M1941 Johnson Machine Gun without a bipod, a British Lee Enfield Rifle, and a trench knife. He has a IJA Type 94 Nambu Pistol. (NOTE: The Tropical Shirt, Trousers and type 94 Nambu Pistol is made by IQO Model).

These items were used for educational displays. Please feel free to contact me if you have any questions. This item is in the category "Toys & Hobbies\Action Figures & Accessories\Action Figures".

The seller is "silver6112" and is located in this country: US. This item can be shipped to United States.